The Joy of the Journey

First, a good sports trivia question: How many losing seasons did John Wooden have during his coaching career? (Clue: This isn't a trick question. See answer below). Coach John Wooden's achievements are well-documented. Nevertheless, it takes a keen sense of sports history to fully comprehend the magnitude of those achievements. Los Angeles Times sports editor Bill Dwyre believes several of the records set by John Wooden's UCLA teams will stand forever. To hold any one of these records would be significant. To own them all is off the charts. Subsequently, Coach Wooden has been elevated to the position of 'legend'. It is a position which made him uncomfortable. What never made him uncomfortable was the title of teacher. And John Robert Wooden was a consummate teacher.

These historic records include:

Drag left and right to scroll through timeline

John Robert Wooden is born on Friday morning, October 14th, 1910 - Hall, Indiana. He is the second son of Hugh Joshua and Roxie Anna Wooden. Two more sons were born in the next four years. 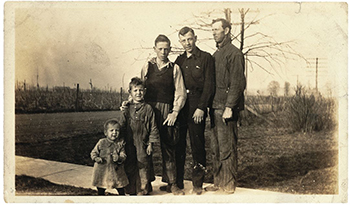 John Wooden and Nellie Riley meet at a summertime carnival in Martinsville. Johnny falls for Nellie. Nellie falls for Johnny.

Martinsville wins Indiana State High School Championship defeating Muncie Central, 26-23. Hoosiers, a popular film starring Gene Hackman, depicts the hysteria by Indiana fans for basketball during these decades. John Wooden, the player (and later, coach), was molded in that Hoosier cauldron of pressure, expectations, and competition. He observed many years later that the emotion and near-frenzy by spectators at games exceeded anything he experienced at the college level as a coach.

Johnny Wooden is captain of the Martinsville High School team that loses in the Indiana state high school championship to Muncie, 13-12, on a last second shot by Muncie center Charlie Secrist following a missed basket by Johnny Wooden that would have sealed the victory. Seventy years after Secrist's game winner John Wooden remembers that moment: "To this day, it is the highest arched shot I have ever seen. It seemed to go up through the rafters and come straight down through the hoop. Losing that game was the most disappointing thing that ever happened to me as a player."

Johnny Wooden enrolls at Purdue University, West Lafayette, Indiana. His college coach, Ward 'Piggy' Lambert becomes a pivotal figure in his life: "Piggy Lambert was the greatest influence on me both from the standpoint of playing and coaching. Coach Lambert had a fetish for details."

Purdue Basketball Highlights: Johnny Wooden leads Purdue to 1932 National Championship, Big Ten Championships (1930 and 1932); captain of Purdue team (1931-32); Three-time All-American (first-ever consensus choice); All Big Ten Team; nicknamed 'The Indiana Rubber Man' for his suicidal dives on the hard court in pursuit of the basketball; one of only two men enshrined in the Hall of Fame as both a player and as a coach (Lenny Wilkins is the other). Equally important to John Wooden, he received the Big Ten Medal for Scholarship and Prowess. John Wooden is named '1932 College Player of The Year."

John and Nellie marry in a small ceremony in Indianapolis. Attend a Mills Brothers concert at the Circle Theatre to celebrate. "I thought they'd never quit singing," he recalled of the honeymoon night.

The Dayton Green Devils (and their new coach, John Wooden) win six games, lose eleven. It is the first and only losing season John Wooden ever has as a coach. (As a player, he never experienced a losing season. )

Indiana State again wins conference title. Coach Wooden again turns down invitation to participate in the post-season tournament. Within days the NAIB decides to change its policy and agrees to allow African-Americans to compete. Coach Wooden then accepts tournament invitation. Clarence Walker, a reserve guard for Indiana State, becomes first black player to compete in NAIB tournament. The color barrier in post-season tournaments for white colleges and universities has been breached. Within the next few years it all similar tournaments adopt the "no-segregation" policy.

Coach Wooden, 37, and Nellie (with young son Jim, and daughter, Nan) move west when UCLA offers him the head coach position for men's basketball: "I had hoped to take the job at the University of Minnesota, but a snow storm knocked out telephone lines there and they didn't call back at 6 pm as they had promised. UCLA called about fifteen minutes later and offered the job." He accepted.

Coach John Wooden takes over a UCLA basketball program that was 3-9 in conference play during the previous season, 1947-48. In his first year he turns the program around. The Bruins are Pacific Coast Conference (PCC), Southern Division, Champions; 10 wins, 2 losses (conference); 22-7, overall. 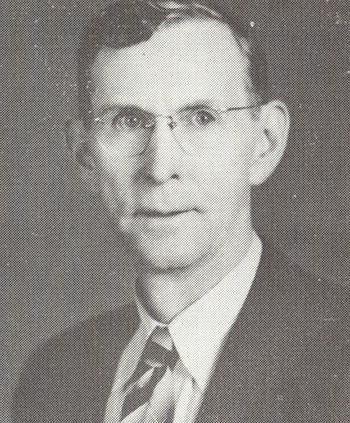 Joshua Hugh Wooden dies and is buried not far from the old family farm in Centerton, Indiana.

7-5 (PCC): Two years without a title or championship. The best is yet to come, but not for awhile.

UCLA struggles to another 10-6 Conference record. No post-season action.

UCLA stays above .500 with a 7-5 Conference record. No post-season invitations.

UCLA rebounds to 18-8 season, but stays at 7-5 in Conference. No post-season tournament play.

UCLA finishes second in conference: 10-4; wins the Los Angeles Classic. An omen of the future appears: Lewis Alcindor, a freshman on the JV team, leads them to victory over the varsity team which was the defending national champions. (Lewis was taken out of the game by JV Coach Gary Cunningham to avoid appearance of running up the score on the varsity team.)

UCLA Pac 10 champion; 12 wins, 2 losses; NCAA champions. Tenth time in 12 years. Outscore Louisville in overtime: 75-74. Two days before the game Coach Wooden announced to the surprise of all that he would retire regardless of the outcome.

ESPN selects Coach John Wooden as 'Coach of The 20 Century'; Sports Illustrated: "There's never been a finer coach in American sports than John Wooden. Nor a finer man"; Sport Magazine: "Greatest Coach of the Century."

Coach Wooden receives the President Medal of Freedom in ceremonies at the White House. It is the highest civilian honor America gives to a civilian. He publishes a best-selling book for children: INCH and MILES: The Journey To Success (Perfection Learning) based on his philosophy and The Pyramid of Success. He continues to be the focus of media attention and entertains a constant stream of friends and fans at his condo on White Oak Avenue in Encino, CA.

John Robert Wooden dies. He is laid to rest next to Nellie Wooden at Forest Lawn Cemetery in Los Angeles.

"Success
is peace of
mind which is a
direct result of
self-satisfaction in
knowing you made the
effort to become the best you
are capable of becoming."